I am a research scientist based in Hobart, Tasmania, Australia. Over the course of my academic career, I have worked and studied at the University of Oxford, the University of Tasmania, the University of New South Wales and CSIRO. However, determined to close the loop between basic research and policymaking, I left academia in November 2020. I am now the founding Director of Ikigai Research, an independent, non-profit research partnership.

The overarching focus of my research program is on using modelling and data science to tackle some of the grand challenges of the 21st century. Primarily, I study past, present and future changes in the climate system, with a particular focus on Antarctica and global sea level rise. I endeavour to bridge the gap between science and policy, working with decision-makers to provide them with the information they need to deal with the challenge of climate change.

I have also been contributing my expertise towards efforts to tackle the COVID-19 pandemic, using data-based approaches and simple models to understand the spread of the infection amongst the global population.

I am a strong believer in the power of diplomacy and international relations to make our world a better place. Through the Australia-Japan Society of Tasmania and the Australian Institute for International Affairs, I seek to promote mutual cultural understanding and create a world where we can tackle the grand challenges of the 21st century together.

Above all, I have a fundamentally optimistic perspective on life. I believe in inspiring people, telling positive stories and striving for a better world. 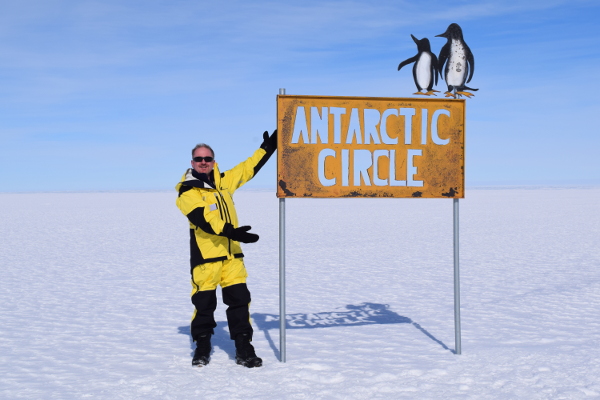 My current research aims to understand past, present and future changes in Antarctica and the climate of the Southern Hemisphere. To approach this problem, I use a combination of ice sheet modelling, climate modelling and data from natural archives, such as ice cores, tree rings and corals. 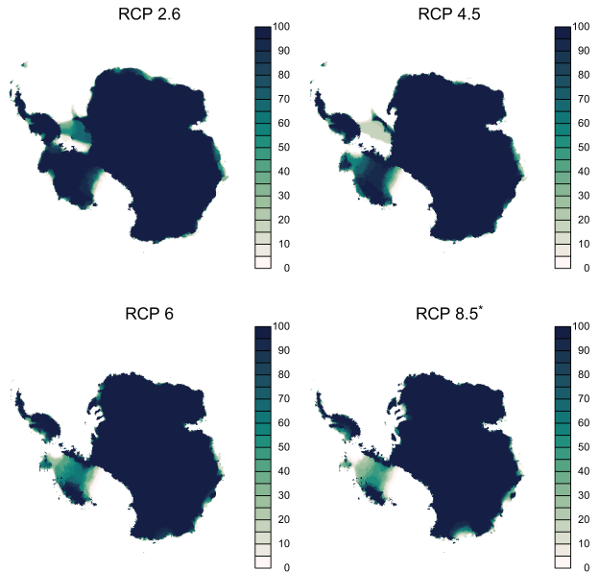 The primary focus of my research is on understanding the role of the Antarctic Ice Sheet in driving changes in global sea level. Bringing together the models and the data, I seek to generate more accurate projections of future sea level rise and to share this information with decision-makers. 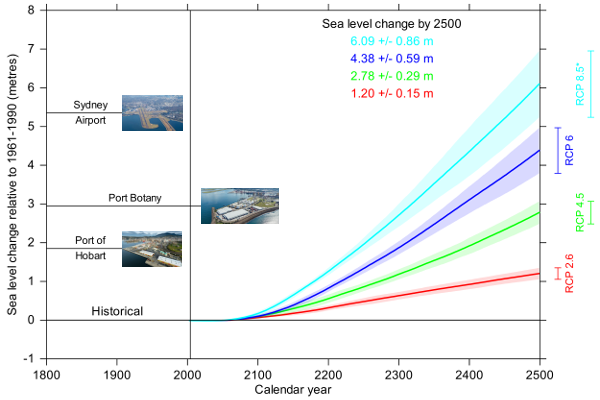 I am the developer of the CSIRO Mk3L climate system model, a fast and portable global climate model designed primarily for studying long-term climate variability and change. I continue to develop and maintain the model, as well as to train, support and mentor users. CSIRO Mk3L is freely available to the research community, and now has more than 100 registered users located around the world.

I also work with the Parallel Ice Sheet Model (PISM), using the model to explore future pathways and to generate projections of future sea level rise. 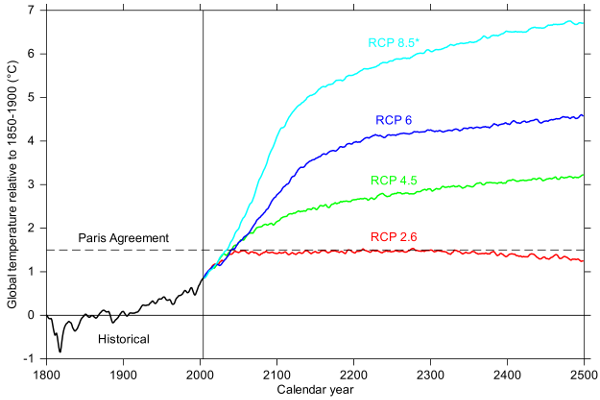 The story of the Earth's past is written in the landscape all around us. I work with data from natural archives, including corals from the tropical oceans, tree rings from temperate regions such as Tasmania and New Zealand, and ice cores and geological samples from Antarctica. This data allows us not only to understand past changes in the Earth's climate, but also to improve the models that we use to predict the future. 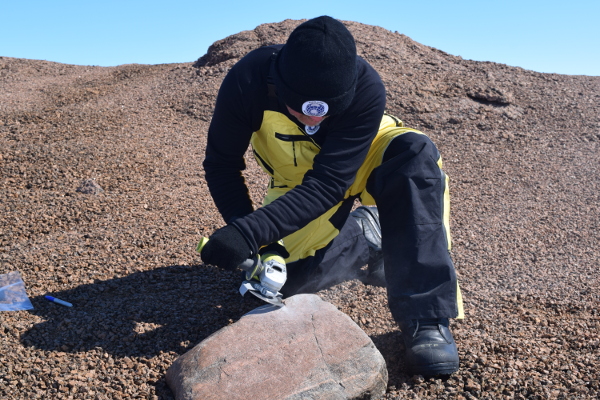 The COVID-19 pandemic has turned our lives upside down. I have been working with other researchers to develop data-based approaches and simple models that can be used to study the spread of the virus. The aim is to better understand how many people have been infected and, therefore, to inform policy decisions and to help manage the impacts of the pandemic. 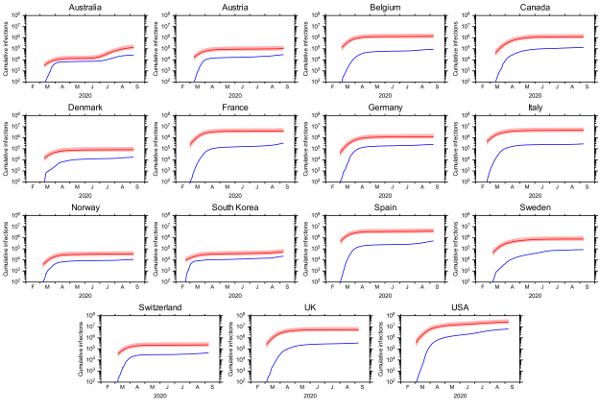 I am a chief investigator on two publicly-funded research projects: East Antarctic Synthesis of Ice cores (EASI) - Ice core records of continental, hemispheric and global variability and change, which will use ice cores from Antarctica to reconstruct and understand past climate variability and change, and Drought or Deluge? How did Rainfall in the Tropical South Pacific Respond to Sudden Climate Change During the Glacial Period?, which will bring data and modelling together to understand how the climate of the South Pacific Ocean changed during the last ice age.

I am President of the Australia-Japan Society of Tasmania, which seeks to promote mutual cultural understanding between the people of Tasmania and Japan. AJS-TAS organises educational, cultural, social and commercial events, and is a particularly strong supporter of the growing Tasmania-Japan connection in the field of Antarctic research.

I also serve as Vice President of the Tasmanian Branch of the Australian Institute for International Affairs. AIIA is an independent, non-profit organisation which seeks to promote interest in, and understanding of, international affairs in Australia.

More broadly, I seek to promote mutual understanding between Australia and Japan through my roles on the National Council of the National Federation of Australia-Japan Societies and the Hobart-Yaizu Sister City Committee. 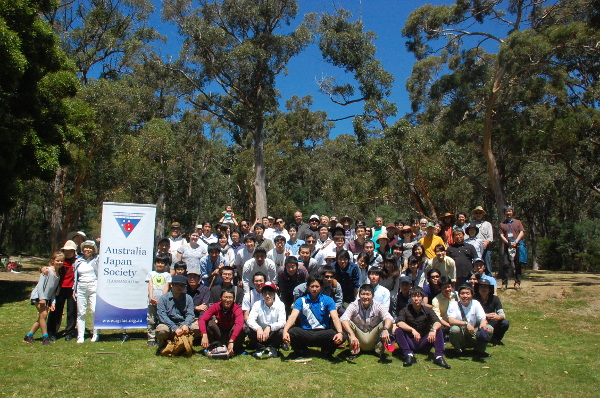 I am a passionate believer in the importance of public outreach and science communication. I engage with the public via outreach events such as Beaker Street@TMAG, via school programs such as Moving East, and via online media, print, radio and television. I tweet regularly, I write for The Conversation and I maintain an occasional blog at The Time-Travelling Climatologist. 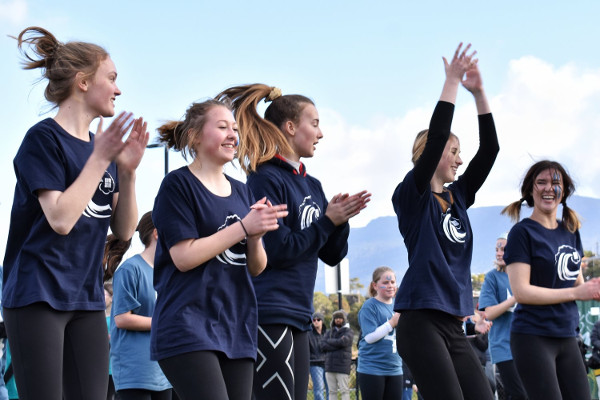